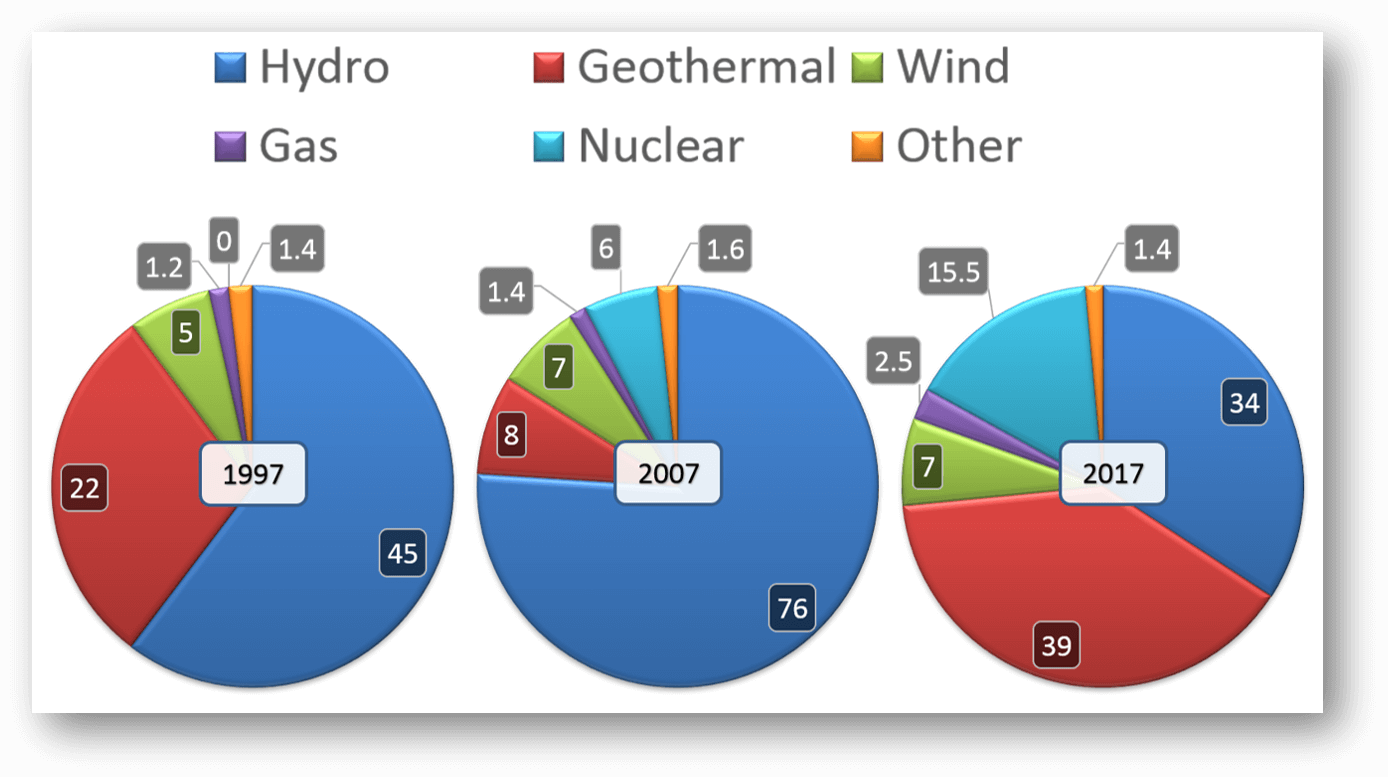 The charts show the percentage of power generated using 6 different methods in Gareline.

The charts illustrate the sources of power in three different periods in Gareline, with the data divided into 6 different areas.

In 1997, nearly half of all electricity was derived from hydro power, which accounted for 45% of the total. Geothermal production was slightly less than half this value, followed by wind power which created 5% of all power, with gas and the category labelled as ‘other’ making just over one percent each.

In 2007, the figure for hydro power had increased dramatically, making over three quarters of the total. Geothermal, wind and nuclear power created 8%, 7% and 6% respectively, with the other two categories increasing by only 0.2%.

By 2017, the trend for hydro power had reversed, with the most productive category now being geothermal power. Wind power had remained constant but there was a significant increase in electricity produced by nuclear power, accounting for 15.5%. There was a minor increase once again for wind power and the ‘other’ category.

In total, geothermal power and hydro power were always the most productive, although nuclear power was increasing.