The chart details the length of different quality water in rivers in England. 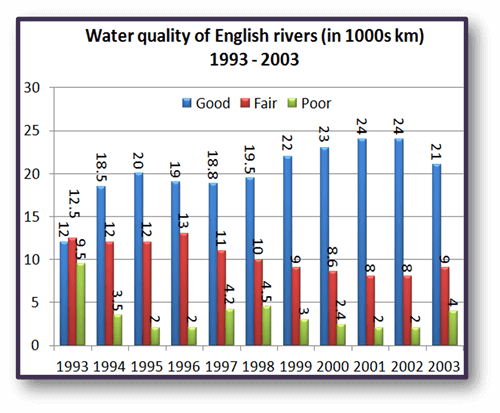 Summarise the information by selecting and reporting the main features, and make comparisons where relevant.
Write at least 150 words.

The bar chart shows the length of water that was in good, fair or poor condition each year from 1993 to 2003.

The length of water that was deemed to be fair quality varied between 13,000 kilometres and 8,000, with the first five years being higher each year than the second half five years.

Overall, the length of good quality water increased while fair and poor quality both decreased.