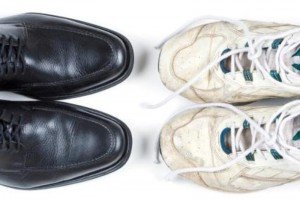 As you probably know, it is important to write formally in Task 2, using an academic writing style (even in the General Training module). We have looked at some aspects of this in previous lessons (such as using the correct register and writing more academically) but in this post we are focusing on avoiding using pronouns too often in the writing test.

So what are pronouns?

For this post, these are the pronouns that are not considered particularly academic.

Although the sentence may be grammatically correct using pronouns, it is important to remember that you should aim for a formal, academic style, and that means finding alternatives to being too informal.

Personal pronouns in the introduction

It is very common to see pronouns being used in the introductory paragraph. For example:

‘There are strong arguments to be made in support of the complete ban on smoking in all areas, as I will now explain’.

In this example, and in most uses of the personal pronoun in the introduction, this can be solved by simply replacing that section of the sentence with a passive construction. For example:

‘There are strong arguments to be made in support of the complete ban on smoking in all areas, as will now be explained’.

Personal pronouns when expressing a point of view

Over the years that we have helped people achieve their IELTS goals, this is an error we have seen many times. Here are some examples:

‘I think that the government should support students rather than requiring them to apply for loans.’
‘To a large extent, I am in favour of the statement that zoos should be abolished.‘

Although these sentences are grammatically correct, it would be more academic to present your Task 2 opinions from a more ‘detached’ perspective. For example:

‘It would perhaps be more effective if the government supported students rather than requiring them to apply for loans.’

‘To a large extent, there is a strong argument to be made supporting the statement that zoos should be abolished.‘

It is very important to support your argument with examples, but again this is a common area where more informal pronouns can slip in. For example:

This could be achieved by providing not only a better salary but also some additional incentives. For example, my friend is a nurse, and she feels that longer holidays are just as important as the money because it helps her reduce stress.

This would have been much better phrased using a different structure. As a general guide, if you are using a pronoun to give an example, then rephrase it to a more general subject. In the example above, the writer could have avoided referring to a friend but focus more generally on nurses. To illustrate:

This could be achieved by providing not only a better salary but also some additional incentives. Nurses, for example, often state that longer holidays are just as important as the money as it provides an opportunity to reduce stress.

Personal pronouns in the conclusion

As you know a conclusion in Task 2 should summarise the main arguments of the essay (and ideally include a recommendation or speculation). However, be careful of using personal pronouns here too. For example:

As we can see the subject of school uniforms remains a subjective issue.
To conclude, we should be investigating methods in which we can cause less damage to our environment.

Once again, these sentences could have been better phrased using the passive voice:

As can be seen, the subject of school uniforms remains a subjective issue.
To conclude,  methods should be investigated which would cause less damage to the environment.